Favoring Creditors? What to Know 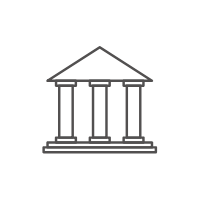 When it comes to great ways to start over, there aren't many options better than declaring bankruptcy. In addition to erasing previous debt, bankruptcy also gets your old creditors off of your back, reducing your stress levels and improving your life. However, many people don't understand the intricacies of working with a bankruptcy attorney, which is why things can get confusing sometimes. On this website, check out great information about declaring bankruptcy so you can decide what is right for your situation. After all, it could really help you to get your health on the right track. Check out these blogs to find out more.

Favoring Creditors? What to Know
27 October 2022

Can You File Chapter 7 And Retain Your Vehicle?
8 October 2021

Should You File For Bankruptcy For Relief From Your Debt Load?
3 March 2021

You may be wondering what it means to favor creditors. After all, creditors are not exactly your favorite people right now. However, if you are planning to declare bankruptcy in the next few months, you must consider who you pay and the amounts you pay them.

It Starts Before You File

Don't get the idea that the things you do before you file for chapter 7 are out of reach of the bankruptcy trustee. Trustees have the power (and the data) to go back in time with your financial transactions and inspect your pre-bankruptcy moves. You might wonder why they would want to examine what you did before you filed. It's mainly because you could be using a financial transaction to preserve assets that might have belonged to the bankruptcy courts.

For instance, some filers might decide that they are too embarrassed to list a personal loan debt on their bankruptcy forms. They don't want the person that provided the money to know about the filing, so they pay off that personal loan. However, if they used funds that should have been used for other creditors when they paid off the loan, the trustee can undo the transaction.

Bankruptcy laws place a filer's creditor issues in the hands of the court. Even before they file, the court is the one who wants to make the decisions about who gets paid. In some cases, filers have assets that are not protected by state exemptions. These assets can be used to pay certain priority creditors. When it comes to the bankruptcy trustee, priority creditors can include the court itself (administrative costs), the trustee (they are paid a percentage of property seized), the IRS, and others.

However, in most cases, other creditors like credit card issuers, medical debts, personal loans, and more are paid nothing at all because the filer doesn't have enough assets to pay them. They take the loss in most cases.

How to Deal with Priority Creditor Issues

Go back over your financial transactions and locate any instances in which you paid a creditor more than the minimum amount you owed them. Small amounts under a few hundred dollars should be mentioned to your lawyer but are not likely to be recalled by the trustee. Any large payments will come under their microscope, though. Also, let your lawyer know if you have sold or given away an asset in the last few months.

Speak to a bankruptcy attorney to find out more.